LEGALISATION OF SEX TRADE: A DEBATE

The Supreme Court (SC) of India recently suggested legalizing prostitution as a solution to the reality that, despite a raft of law, there is a rapid proliferation of the sex trade. The apex court, presided by a two-judge bench, said no legislation anywhere in the world had successfully managed to stop the sex trade, and legalizing it would allow authorities to “monitor the trade, rehabilitate and provide medical aid to those involved”.

The chairperson of the National Commission for Women (NCW), Lalitha Kumaramangalam, has also advocated legalising sex work to regulate the trade and ensure better living conditions for women engaged in commercial sex work. Legalising the trade, she says, will also bring down trafficking in women and lower the incidence of HIV and other sexually transmitted diseases.

END_OF_DOCUMENT_TOKEN_TO_BE_REPLACED

The issue of appointing a National Judicial Appointment Commission has been in debates recently. This was due to the fact that certain sections are of the opinion that such an arrangement would impede against the principle of separation of power and judicial independence, which constitute a part of the Basic Principles of Indian Constitution. END_OF_DOCUMENT_TOKEN_TO_BE_REPLACED

The Supreme Court ordered the University Grants Commission (UGC) to review the 44 deemed universities. This has created a troublesome situation for the students enrolled under such institutions.

In June 2009, The Ministry of Human Resource Development (MHRD) had empowered the UGC to review the maintenance of standards in these institutions. The UGC appointed different committees consisting of vice-chancellors, senior professors and nominees from various statutory bodies. These committees visited and scrutinised various deemed universities and submitted a report on each university to the UGC. The reports were accepted and sent for the follow-up actions. The MHRD has indirect approval of all proceedings, as the MHRD Secretary is represented in the UGC.

The Flawed reports: The Tandon Committee

END_OF_DOCUMENT_TOKEN_TO_BE_REPLACED 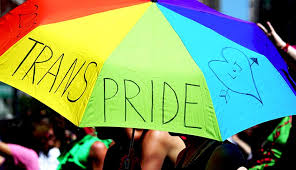 Recognising the Transgender the Third Sex

For many decades, the transgender community has lived in darkness and slumber, due to the harsh treatment and stereotypical behavior towards them. END_OF_DOCUMENT_TOKEN_TO_BE_REPLACED