Archive | Policies and Programmes RSS for this section
April 5, 2017

India is being a welfare state, then it is the duty of the state to play a key role in the protection and promotion of the social and economic well-being of its citizens. It is based on the principles of equality of opportunity, equitable distribution of wealth, and public responsibility for those unable to avail themselves of the minimal provisions for a good life. The New Development Schemes (Pradhan Mantri Schemes) which was launched from the past 2014 to till date, as a welfare schemes, including the AMRUT, Apprentice Protsahan Yojana, Atal Pension Yojana among many more. 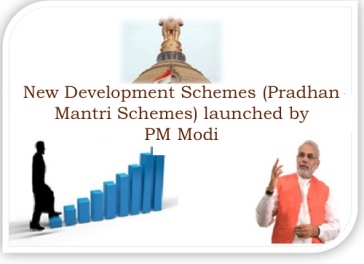 END_OF_DOCUMENT_TOKEN_TO_BE_REPLACED

Direct Benefit Transfer (DBT): Mechanism to change the scenario of subsidies in India

Before moving on to the discussion on Direct Benefit Transfer (DBT) scheme, firstly we have to understand- ‘what is Subsidy and why it is given?’   Subsidy is a mechanism of welfare state in which government extended its support to the institution, business or individual in the form of a cash payment or a tax reduction. It is generally used as a form of support for particular portions of a nation’s economy which can assist struggling markets by lowering the burdens placed on them, or encourage new developments by providing financial support for the endeavors.

END_OF_DOCUMENT_TOKEN_TO_BE_REPLACED

Make in India and Digital India: Policy to improve farm productivity and income

Make in India and Digital India both are Incumbent government’s flagship programs. The concept of Make in India initiative was launched to boost the domestic industry and to attract foreign investors to invest the Indian economy. The prime objective of the initiatives is to revive the manufacturing industries and create congeal environment to the entrepreneurs in way of the ease of business whereas Digital India was launched to transform India into a digitally empowered society and knowledge economy. It provides the intensified impetus for further momentum and progress for e-Governance and would promote inclusive growth that covers electronic services, products, devices, manufacturing and job opportunities. Both the policies complement each other and have potential to transform the Indian society.

END_OF_DOCUMENT_TOKEN_TO_BE_REPLACED

Demonetisation of 500 and 1000 denomination currency in India

END_OF_DOCUMENT_TOKEN_TO_BE_REPLACED

With the growing population, the demand for water has been increasing exponentially after independence. A river is merely freely running water which can emerge from one state, flows through another state and ends in third state. The uprising of Cauvery river dispute between Karnataka and Tamil Nadu has blown fire to the scenario of inter-state water disputes. Most of these disputes have been resolved on the basis of unbiased allotment by the central government. Whenever required, negotiation through appointment of water disputes tribunals is also resorted.

END_OF_DOCUMENT_TOKEN_TO_BE_REPLACED 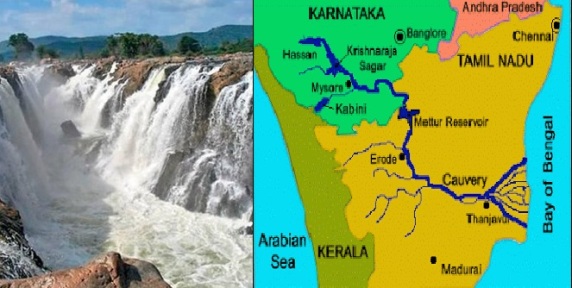 May 1990: Supreme Court directs Centre to constitute Cauvery Water Dispute Tribunal, a demand made by Tamil Nadu since 1970.

February 2007: After 16 years, Cauvery Water Disputes Tribunal holds as valid the two agreements of 1892 and 1924 executed between the governments of Madras and Mysore on the apportionment of water to Tamil Nadu

September 2012: At the seventh meeting of the CRA, Manmohan Singh directs Karnataka to release 9,000 cusecs of Cauvery water to Tamil Nadu at Biligundlu. Both the CMs — Jayalalithaa and Jagadish Shettar — term it “unacceptable”. This is the first CRA meet since the UPA came to power at the Centre in 2004.

March 10, 2013: The Tamil Nadu chief minister says she will work for the formation of the Cauvery Water Board during a felicitation ceremony organised in Thanjavur for her efforts to get the final award notified in the Union gazette.

March 2013: Tamil Nadu moves the Supreme Court to give directions to the water ministry for constitution of the Cauvery Management Board.

May 2013: Tamil Nadu moves Supreme Court, seeking Rs 2,480 crore in damages from Karnataka for not following the orders of the Cauvery Water Disputes Tribunal.

June 2013: The Union water resources secretary chairs the first meeting of the supervisory committee in which Tamil Nadu demanded its share of water for June as stipulated in the award.

June 2013: Karnataka says it cannot release 134 tmcft of water to Tamil Nadu between June and September.

July 2013: Karnataka and Tamil Nadu clash during the third meeting of the Cauvery Supervisory Committee over the latter’s share of the river water. While Tamil Nadu sought 34 tmcft in July and 50 tmcft in August to save the Samba crop, Karnataka says that it had already released 34 tmcft between June and July 13.

August 2016: Tamil Nadu asks the Supreme Court to direct Karnataka to release water to Tamil Nadu after Siddaramiah says there is no water in the reservoirs.

September 2016: SC directs Karnataka to release 15,000 cusecs a day till Sept 15. Protests break out in Karnataka