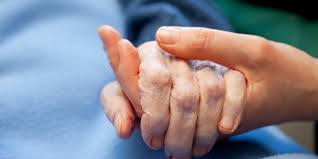 The debate over the ethicality of mercy killing became alive in 2011 in India when a women activist filed a petition seeking mercy killing of Aruna shanbaug ,a rape victim, who had been on permanent vegitative state for last 39 years.Before going in to ethicality of Euthanasia we should understand the concept.

Euthanasia also called “Mercy Killing” is the practice of intentionally ending a life in order to relieve pain and suffering. This assumes that a patient is aware that they are going to die, and in some cases, they must administer the poison themselves. This is also called assisted suicide.There are two types of euthanasia -Active Euthanasia and Passive euthanasia.

Active euthanasia contemplates putting individuals to painless death for merciful reasons, as when a doctor administers a lethal dose of medication to a patient, while passive euthanasia involves not doing something to prevent death, as when doctors refrain from using devices necessary to keep alive a terminally ill patient or a patient in a persistent vegetative state.

At the heart of these arguments are the different ideas that people have about the meaning and value of human existence.Should human beings have the right to decide on issues of life and death?There are also a number of arguments based on practical issues.

Some people think that euthanasia shouldn’t be allowed, even if it was morally right, because it could be abused and used as a cover for murder. Arguments supporting euthanasia usually present the fact that the patient would have no cure, no way of contributing to society in the state that they are in. They claim that society cannot help such individuals either: all that can be done is prolonging their agony in the case of suffering from terminal diseases, or letting them live with a defective life in the case of suffering from serious mental deviations. However, the very thought of killing people due to their disabilities seems unnatural; besides, who is competent and authorized enough to decide whom to kill and whom to let live?

In India, the discussion over Euthanasia is centered around  the famous judgement of Supreme court in Aruna Shanbaug case.The Supreme Court in that case allowed passive mercy killing of a patient in a permanent vegetative state (PVS) by withdrawing the life support system with the approval of a medical board and on the directions of the High Court concerned. A Bench of Justices Markandey Katju and Gyan Sudha Misra, however, did not accept the plea of Pinky Viranai seeking permission to withdraw life support to her friend, Aruna Ramachandra Shanbaug, who has been lying in a PVS in the KEM hospital Mumbai for 37 years. Though it dismissed the petition filed by Ms. Pinky Virani of Bombay on the ground that she did not have the locus standi and that only the hospital could make such a request, the Bench allowed passive euthanasia and laid down guidelines.The Bench, however, held illegal active mercy killing of a patient suffering acute ailment with a poisonous injection or by other means.

Writing the judgment, Justice Katju said: “There is no statutory provision in our country as to the legal procedure for withdrawing life support to a person in PVS or who is otherwise incompetent to take a decision. We agree with [senior counsel] Mr. T.R. Andhyarujina that passive euthanasia should be permitted in our country in certain situations, and we disagree with the learned Attorney General [G.E. Vahanvati] that it should never be permitted.”

The Bench pointed out that in the absence of a law against sexual harassment at work places, the Supreme Court in the Visakha case had laid down guidelines. Similarly, “we are laying down the law in this connection which will continue to be the law until Parliament makes a law on the subject. A decision has to be taken to discontinue life support [to a patient in PVS] either by the parents or the spouse or other close relatives, or in the absence of any of them, such a decision can be taken even by a person or a body of persons acting as a next friend. It can also be taken by the doctors attending the patient. However, the decision should be taken bona fide in the best interest of the patient.”

The Bench said: “If we leave it solely to the patient’s relatives or to the doctors or the next friend to decide whether to withdraw life support to an incompetent person, there is always a risk in our country that this may be misused by some unscrupulous persons who wish to inherit or otherwise grab the property of the patient. Considering the low ethical levels prevailing in our society today and the rampant commercialisation and corruption, we cannot rule out the possibility that unscrupulous persons with the help of some unscrupulous doctors may fabricate material to show that it is a terminal case with no chance of recovery.”