Under the proposed amendment in the Juvenile Justice Act, approved by the Union cabinet earlier this month, juveniles above 16 years could be treated at par with adults if involved in heinous crimes, like rape and murder, for which there is a minimum imprisonment of seven years. 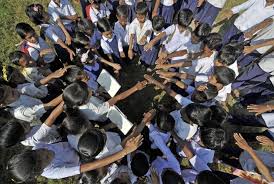 Highlights of the  Juvenile Justice (Care & Protection of Children) Bill, 2014

As per the Ministry of Women and Child Development, this unique instrument of a two-stage assessment/ trial brings about a balance that is sensitive to the rights of the child, protective of his legitimate interests and yet conscious of the need to deter crimes, especially brutal crimes against women. The proposed amendment further reinforces these principles through introduction of a new provision that disallows the protection from disqualification in cases where a juvenile is tried and convicted under the adult system.

P. Baburaj, a former member of the Juvenile Justice Board, has strongly criticised the bill on the grounds that it will create an adverse impact in rehabilitation of juveniles in conflict with law.According to him  by approving the Bill, the government has accepted its failure to ensure rights to the children in this country. ‘’The juveniles in the age group of 16-18 years will be in traumatic situation if they are brought before the criminal court for having committed serious crimes.