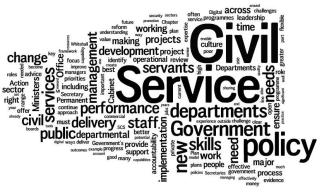 In developed countries the role of civil service is based on status quo, i.e more administration than governance. Given the fact that the society is more mature and individualistic in nature, hence there is less influence in the socio-economic sphere of people. Most of the decision making process is being done through private corporate sector.

While in developing countries, Civil services has to undo years of colonial misrule and lay the foundation for administration and governance. What is performed by other institutions is expected to be performed by the state and bureaucracy and it has to be more comprehensive and omnipresent .

Categories of Civil services in India: 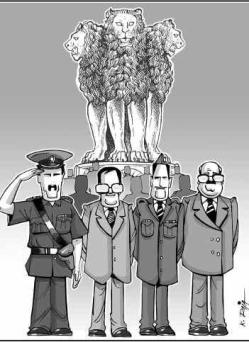 Levels of Civil Services in India

Following are types of civil services in India at present:

However AIS seems to have a stain of Colonial hangover. It also acts as anti federal agent sometimes and the loyalty in state is somewhat of a question mark.

The second administrative commission of 2005, had made the following observations regarding civil services in India:

So sooner these reforms are implemented , the better it is for bureaucracy structure in our country, right???