The Rise of Socialism

Early Socialist Movement can be traced to the Chartist Movement in England, which aimed at winning political rights for workers. Socialism posed the greatest challenge to the ideas of capitalism. It tried to prove that capitalism itself is evil and that it needs to be replaced by a different kind and economic system in which the means of production would be owned by the society as a whole and not by a few individuals. 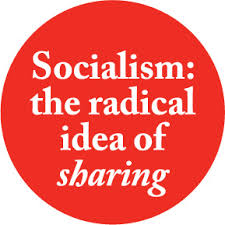 In the past, many thinkers had expressed their revulsion against inequalities. The French Revolution in 1789, with the promise of equality had given a new impetus to these ideas. However, it could not put an end to economic, political and social inequalities. The wide gap between the aims of the revolution and the actual conditions of life created a serious discontent among the people. It led to an attempt to overthrow the existing government in France with a view to building a society based on socialist ideas. This attempt, known as the Babeufs Conspiracy, is an important event in the history of socialism.

It was led by Babeuf, who was born in 1760 and had participated in the French Revolution. He organized a secret society, called the Society of the Equals, and declared that- ‘nature gave everyone an equal right to the enjoyment of all goods… in a true society, there is no room for either rich or poor’. He emphasized the need of another revolution to create such a society. The society planned an uprising against the government, but the latter came to know about it and arrested the leaders. In 1797, Babeuf was executed. Though his attempt to bring a change failed, his ideas exercised an important influence on the growth of the socialist movement.

This group was led by Saint Simon, Charles Fourier and Robert Owen. They viewed property in relation to its usefulness to society. They recognized the evils of the capitalism and proposed the establishment of a new and better system of society in its place. Saint Simon coined the slogan- ‘from each according to his capacity, to each according to his work’. They visualized a society free from exploitation of any kind and one in which all would contribute their best and would share the fruits of their labor. However, the methods they advocated for the establishment of such society were impracticable and ineffective, hence they came to be known as Utopian Socialist.

It was initially known as the League of the Just, and had members from many countries of Europe. Its slogan was- ‘All men are brothers’. Thus internationalism was one of its features. In 1847, it changed its name to the Communist League, and declared its aim as- the downfall of the bourgeoisie, the rule of the proletariat, the overthrow of the old society of middle class, based on class distinctions, and the establishment of a new society without classes and without private property. It instructed Karl Marx and Frederick Engels to draft a manifesto.

The Communist Manifesto first appeared in German in February 1848. It has a tremendous influence on the history of the socialist movement. It was written by Karl Marx and Frederick Engels. Through their works, they gave a new direction to socialist ideology and movement. Their philosophy is known as Marxism, and has influenced every field of knowledge. Their view of socialism is called Scientific Socialism.

The Communist Manifesto stated that the aim of the workers all over the world was the overthrow of capitalism and the establishment of socialism, where the free development of each is the condition of free development of all. It pointed out that socialism was not merely desirable but also inevitable. Since capitalism does not serve human needs, like other social and political systems in history, it would be replaced by a system, better suited to human needs.

Marx analyzed the working of capitalism in his work- Das Capital, and pointed out the characteristics that would lead to its destruction. According to him, workers produce more value than their wages. The difference is appropriated by the capitalist as profit. This constitute the basis of conflict in capitalism. Profits can only be increased at the cost of workers’ wages. Thus, interest of workers and capitalists are irreconcilable. Economic crisis were inevitable under capitalism because of the discrepancy between the purchasing power of the workers and the total production. This crisis can be solved only if the private ownership of property is abolished, and production is carried on for social good rather than for profits.

Marx and Engels believed that this would be accomplished by the working class, which was the revolutionary class in the capitalist system. Emancipation of the working class would emancipate the whole human race from all traces of social injustice.

Around the time the Communist Manifesto was published in 1848, revolutions broke in every part of Europe. One of the major forces in these revolutions were the workers who had been inspired by ideas of socialism. However, all the revolutions were suppressed.

With the failure of the 1848 revolutions, the socialist movement seems to have abated. However, it was soon to rise again. One of the outstanding feature of the various socialist groups was their internationalist character. All the movements emphasized the idea that the cause of the working class in all countries was the same.