Ashoka edicts which had been the oldest surviving documents of history of India have described the concept of Dhamma very well. These edicts which are found scattered all over the Indian subcontinent basically define the policy and instructions of Ashoka’s officials and subjects. It was after the Kalinga War that Ashoka had underwent a complete change of heart and thus visualized ‘Dhamma. 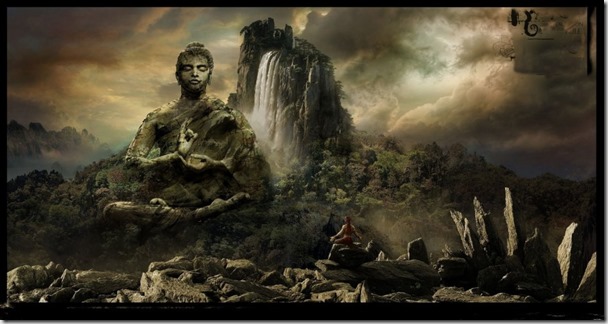 Dhamma of Ashoka Dhamma is referred to as the set of edicts which framed the policy of Emperor Ashoka of Mauryan dynasty who succeeded to Mauryan throne in around 269 BC. He has been considered as one of the greatest beings of ancient India by many historians for his policies of public welfare. Many intellectuals have also debated the policy of Dhamma.

The word Dhamma is the prakrit form of Sanskrit word Dharma. A number of attempts has been made to define and find an equivalent English word for it. An example of it is ‘Piety’ which means moral life and righteousness. But scholars were unable to translate it into English or any other language because the words were coined and used in a specific context. The word Dhamma has been used in multiple meanings in the literature and thought of ancient India. This fact can be understood clearly by studying Ashoka’s edicts which were written to explain the principles of Dhamma throughout the Empire.

The beauty of Dhamma is that it is neither particular religious faith or practice nor any arbitrary policy being formulated by royal society. It is related to some generalized norms of social behaviour and activities which were synthesized by Ashoka from various social norms currently followed in his time. Dhamma can only be understood well by understanding the various features of time in which he lived and formulated Dhamma. It cannot by understood only by assuming it as one of the various social norms which were current in his time. The time in which Ashoka lived was reflect in Buddhist, Brahminical and other texts where the norms of social behaviour are explained.

Ashoka’s Dhamma in the Light of Edicts Dhamma substituted the traditional policy of territorial expansion. It is mentioned in Ashokan edicts in which Dhamma has been called for some virtues to be implemented and some negative traits to be discarded. The teachings of Dhamma basically gives a moral guidance to the subjects and stress upon social harmony and religious tolerance. Respecting elders, parents, teachers, treating all religious sects equally, ahimsa, moderate accumulation of wealth and judicious spending, etc., are explained in detail in Major Rock Edicts VII and III, respectively.

The Major Rock Edict IX defines rituals as ‘the source of ignorance’ in which Ashoka requested the society not to sacrifice animals in ceremonies food habits. The Major Rock Edit V tells about various welfare activities that were undertaken and appointment of Dhamma Maharashtra for the propagation of Dhamma. Ashoka tried hard for the moral and spiritual development of his subjects. He even visited pilgrimages and sent his son Mahindra and daughter Sumatra as missionaries to propagate Dhamma all over the world. As to summaries, Dhamma taught the way of life and not a mere religion.

The problems and tensions which were faced by a complex society were tried to solve by the policy of Dhamma. Life of Ashoka was influenced by the immediate society in which he grew up. Various edicts outlooks were adopted by Mauryan rulers. Chandragupta Maurya in his latters years took recourse towards Jainism while king Bindusara favoured Ajivika. Ashoka who was the best among them as he adopted Buddhism personally, but never imposed it on his subjects. By the time Ashoka took hold of the empire, the whole Mauryan imperial system became complex, bounding various cultures, beliefs, social and political behaviours.

In order to maintain harmony and rule efficiently, Ashoka had to either maintain by force which would use a lot of expenses or he could define a set of social norms which had to be acceptable by all social practices and religious beliefs. He was well aware of the problems created by various heterodox sects, i.e. Buddhism, Jainism and Ajivikism. Since, the Brahman’s continued to control the society and hosility was inevitable inspite of being opposed to the dominations and growing number of supporters. So, it was utmost necessary to bring about a climate of harmony and mutual trust. In many parts of his empire neither the Brahmanical system nor the heterodox sects prevailed. In many tribal areas people did not even knew about Brahmanical or heterodox ideas. Ashoka referred to the country of Yavanas, where neither Brahmanical nor Sramanical culture were in vogue.

Ashoka’s Dhamma is applicable even for the present society. It has been distinguished by many features, doctrines and philosophical aspects. Tolerance has been framed as an absolute duty, which must be accepted by multi-religious countries like India. Dhamma is universally applicable. It is completely cosmopolitan. Hence, we can call Dhamma to be secular in nature which gives a humanitarian approach making it a very practical solution. Dhamma has a realistic charm and promotes social equality. So, Dhamma is the need of present India. It has an all time applicability in a divergent Indian society.