Tagore is known as the advocate of humanism, love, harmony and fellowship. His ideas transcended the barriers of ethinicity and nationality. 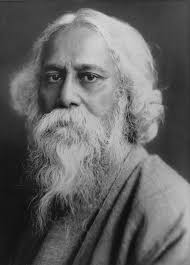 Tagore understood patriotism as love for one’s motherland. Every human being has a responsibility to work for the rectification of injustice. Tagore’s patriotism was very broad, and not necessarily linked to a particular nation. He was an admirer of humanism. He viewed every person as a member of the human society, and not as a citizen of a country. He explained the cause of his country in the context of universal freedom. He believed that nationalism is the right of the people to freely live in their own special way, following the beliefs and ideas of their history, and developing themselves as a special culture.

Tagore attached great importance to education, as the basis of truth, to acquire the complete knowledge of life and its various dimensions. Illiteracy creates shackles for the growth of a person. Tagore mentioned that the education of a child is the most important part of one’s life. It is through education that an individual can learn about values like freedom, justice and fraternity.

Tagore’s concept of education sprang from his reverence for human personality. He wanted to establish a just social order through education. A wrong and misguided education can never help in reconstruction of our character. Only the true education is the basis of a just constructive work. Aim of education should be individual development. He favored open-air classes. He believed that a moving mind has a better capability to assimilate facts and to gather knowledge from the outside world.

Tagore wanted to inculcate a spirit of inquiry among the people, through education. Educational institutions were to be the centre for knowledge. Education can mould the emotions, intellect, feels and attitude of an individual. Also, he believed that an educational institution should not exist in isolation, but should have a close contact with the socio-economic conditions prevalent in the society. 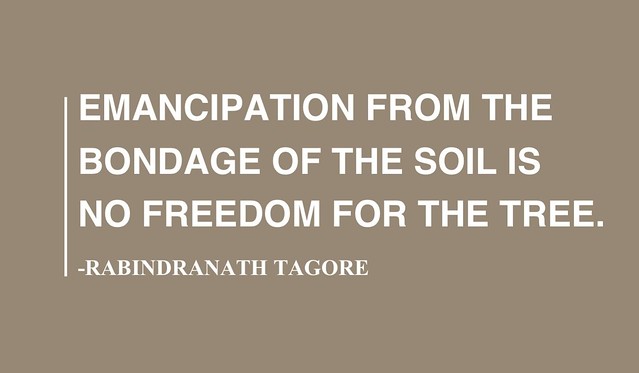 Tagore wanted to restore the glory of the Indian past, its spiritual values, ideals and objectives. However, he also mentioned that if India is to develop, she must take out the inner contradictions in the society. He showed his faith in the moral law of historical progress. He decried the lose of the spiritual spirit in the masses.

Tagore was also deeply impressed by the cosmopolitanism, rationalism and humanism that is imbibed in the western culture.