The issue of appointing a National Judicial Appointment Commission has been in debates recently. This was due to the fact that certain sections are of the opinion that such an arrangement would impede against the principle of separation of power and judicial independence, which constitute a part of the Basic Principles of Indian Constitution. END_OF_DOCUMENT_TOKEN_TO_BE_REPLACED

The period after 1815 saw the emergence of revolutionary activity in every country in Europe. While some of the revolutions aimed at overthrowing the autocratic rulers and abolition of serfdom; some others aimed at overthrow of foreign rule and social-economic-politico reforms. Nationalism emerged as a major force in this period. Revolutionaries were generally inclined towards fighting despotism everywhere. The despotic governments were also united to suppress every revolt and movement against any despotism.

END_OF_DOCUMENT_TOKEN_TO_BE_REPLACED 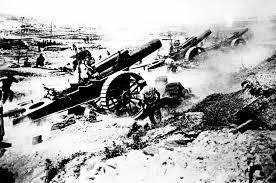