[Part 3 Industrial Revolution] The Age of Machines and Capitalism 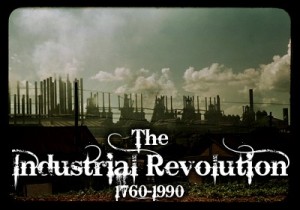 The first stage of the industrial revolution lasted from the middle of the 18th century to the mid-19th century, and included mechanization of only one consumer industry- cotton industry- and that of certain core and heavy industries like mining and metallurgy, and the development of steam engine.

The second stage of the industrial revolution commenced from second half of the 19th century. It is characterized by the more direct application of science to industry and by the development of the mass production techniques.

The kind of machines that were produced brought rapid changes in the lives of people. It changed men’s way of living and thinking. The Guild system gave way to the Factory system. Machines and Steam power replaced the simple tools. New cities sprang up and artisans and dispossessed peasants joined these establishments for work.

Production was carried out in factories, with the help of machines. These facilities of production were owned and managed by the capitalists. The capitalist brought the workers under one roof, for the purpose of production. Everything belonged to the owner of the factory, including the finished product and the labor of the worker.

England in the 18th century was the most favorable for an industrial revolution. England had accumulated vast profits and capital, through her overseas trade. England has emerged as an unrivaled power among the European nations. Her colonies ensured a regular supply of raw material.

Secondly, after the end of serfdom people were no longer tied to the land, and were free to do any job. Also, the Enclosure Movement, that began in 18th century, consolidated the large land-holdings of the big landlords. This ousted the small peasants, who became unemployed. Thus, there was no shortage of labour force to work in factories.

Thirdly, as a result of the revolutions of 17th century, a stable system of government had been established, which no longer dominated by the feudal classes. Thus, commercial classes had more political power and less danger of government interference.

Fourthly, England had plenty of natural resources, like Iron and coal, which were essential for industries. Fifthly, England developed a large shipping industry, and had no problem of transportation.

No other country enjoyed all these advantages in that period. Thus, England became the home for the industrial revolution, and became the Workshop of the World.

In the 18th century, the English East India Company was sending cotton cloth from India to England. Calico cloth and Dacca muslin and Kashmir Shawls were in great demand in England. English businessmen began to import cotton and make it into cloth in England. However, since the workers using old-fashioned spinning-wheels and handlooms were not able to keep up with the increasing demand, a series of inventions came along in the industry.

In 1830, the first railway train began to carry passengers and freight in England. This was followed by a great wave of railroad construction in England and US. In 1853, first railroad was laid in India. Similarly, the need to transport raw materials and goods led to the improvement of roads and digging of canals.

To extend the facilities for transport by water, which were much cheaper then overland transport, England began connecting rivers and lakes with canals.

Rawland Hill’s idea of the Penny Post– fast and cheap communication by letter- began to operate in England in the early 19th century. Soon it spread to all other countries.

There were changes in the farming methods to produce more food and cash crops. There was a process of Farm Mechanization, like- steel plough and harrow, mechanical drill for seeding and machines for reaping and threshing. Farmers adopted intensive manuring and practice of Crop rotation to maintain soil fertility.

Under the Enclosure Movement, land-owners in England began to enlarge their farms. But in doing so, they quite unfairly got possession of the peasant’s small holdings along with his own. Since, the big land-owners controlled the Parliament, they got the laws passed that enabled them to do these things. The result was that the peasants were forced off the land. They were forced to move to the new industrial towns, to work in the factories.

Thus, in a little more than 50 years after the use of machines began, England had become the world’s leading industrial nation.

As England was the first country with industrial revolution, she gained almost complete control over world markets. Other countries were not able to compete with England’s low prices. To check these low priced goods from invading their markets, many countries introduced protective tariffs on imported British manufactured goods.

In Asia, Japan was the first country to Industrialize. Traditionally, Japan produced mainly silk, porcelain and toys. But by the end of 19th century, Japanese produced steel, machinery, metal goods and chemicals. 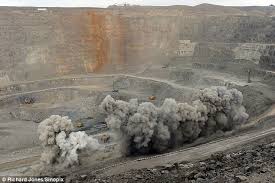 Search for markets and sources of raw materials resulted in international rivalries. First England, and then other countries, began to look for new markets. Towards the end of 19th century, Japan joined the race. This divided the world into colonies- spheres of influence or territories- for economic and political domination by industrialized nations. Thus emerged imperialism, under which strong nations subordinated the economies of the countries under their domination. They imposed their own terms. This race for colonies caused many international conflicts.

Colonialism directly served the purpose of Capitalism. The discovery of new lands and establishment of colonies resulted in unprecedented expansion of trade and wealth by the merchants. The trade included, not only goods, but also humans, in the form of slaves. The process of colonization was accompanied by a plunder of the wealth of the people who were colonized.

Mines, in the newly conquered areas in Americas, were exploited for precious metals. Native people were employed on inhuman conditions. Colonization of Asia caused similar havoc and devastation. The Plunder of colonizers often resulted in famines and scarcity.

Before the industrial revolution most of the population of the world lived in villages, and depended on agriculture. Towns and cities that had arisen, since the beginning of civilisation, were centers of craft and political-administrative control. Trade was carried between villages and towns, affecting a small percentage of the population. However, with the growth of industrialization the picture was completely transformed. The centre of economic life now shifted to the cities. These new cities and towns were important as a centre of industry, rather than political and administrative centre.

The establishments in the cities were not connected with land directly. In many countries, though still an overwhelming majority lives in villages there is a gradual increase in the population dependent on industry. In highly industrialized countries, the share of industrial production in the total national income is far larger than that of agriculture. Urban and rural economies have become mutually dependent and complementary.

The crowding of people into cities has always produced problems of housing, health, and sanitation. The quickening pace of industrialization in England created deplorable living conditions, in the smoky industrial towns and city slums. Life for a villager in the city resulted in many social strains. Many social bonds were dissolved.

On the other hand, man became freer to develop their capabilities. Industrial revolution brought countries and people together. However, the relation between the countries and peoples were not based on equality, as the industrially advanced counties began to control the economy of counties which were not industrially developed. Still, industrial revolution created an international consciousness among peoples because the developments in one place began to influence the developments in other places.