The period after 16th century witnessed an intellectual revolution. Renaissance inaugurated an era of questioning the established beliefs. This covered every aspect of thought and belief. Great progress was achieved in various sciences, which also undermined the existing beliefs. Renaissance stands for an intellectual, artistic, literary and scientific movement which widened the mental horizons of man. The new ideas were characterized by rationalism and increasingly concerned secular affairs. Because of the growing emphasis on reason, the period of 18th century in European history is called the Age of Reason or the Age of Enlightenment. Renaissance led Europe out of the middle ages and into the modern times.

Gradually, the beliefs that permitted- people to be divided into classes on the basis of birth, and the hold of the Church in the sphere of ideas, were undermined. The new ideas of liberty, equality and fraternity gave birth to the ideas of freedom, democracy and equality. Simultaneously, there also emerged ideas of nationalism which brought a sense of unity and oneness to the people forming a nation and the desire to organize themselves into independent states with their distinctive national identities.

Renaissance brought about a fundamental change in the attitude of mankind towards himself and the world in which he lived. This point of view is commonly called Humanism. It focused attention on the things of this world and hence the exaltation of human nature. The natural and human were given precedence over the supernatural and theological. It revived man’s power of original thinking on scientific lines. Thus, intellectualism, humanism and free thinking became the essence of Renaissance. Men realized that they had control over their lives, and became confident and ready to adopt changes.

It was a protest movement against certain obnoxious practices of the Roman Catholic Church, and an attempt to reform it. The Protestants and reformers soon separated themselves from the Catholic Church and started new Protestant Churches in the 16th century. Thus, Christians, in Europe, got divided into- Catholics and Protestants. Thus, Reformation acted as the final attack on the medieval order, and marked the beginning of the new era in Europe. 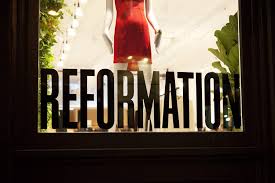 The immediate and decisive effect of the Reformation was the transfer of power from Church to the state. Monarchies were strengthened at the cost of Papacy. National governments passed laws limiting the intervention of the church in the affairs of the state. The Monarchs became the supporters of the Reformation movement, in order to weaken the church and to strengthen their own position. They started to object to the idea of a universal church and favored the idea of a national church.

Reformation also strengthened the idea of trade and capitalism. Certain Protestants encouraged economic individualism, and opposed the restrictions placed by the clergy.

The period between the 16th century and the middle of 18th century has been characterized as the Mercantile Era. Merchantalism grew along with the nation-state. In the 17th century, great emphasis was put on the importance of maintaining an excess of exports over imports, so that a country without gold or silver mines could obtain a continuous net inflow of the precious metals, which are essential for a nation’s wealth and strength. To control the flow of foreign goods (imports) into the state, the home government charged high tariffs. This added to the cost of foreign goods and discouraged the home people from buying them.

However, the mercantile monopolies were a hindrance to the development of industrialized capitalism.