“India’s problem is that we have never imposed a price on any nation for action taken against us,” former Deputy National Security Adviser Satish Chandra said back in September. “We keep silent and accept whatever comes our way.”

Chandra is echoing a feeling that is widespread among the Indian elite and even general public. Many Indians believe that the country’s external enemies, rivals and friends alike perceive India to be a pushover, or to quote Chandra again, a “soft state.”  In addition – and even more to the point – many Indians themselves hold the same perception. END_OF_DOCUMENT_TOKEN_TO_BE_REPLACED

Numerous models have been suggested for how scientific knowledge affects policy-making. A case study of environmental policy in the Himalayan region illustrates two such models.

In the so-called rationalist model, the “truth” about the environment (often scientifically produced) talks to “power” (policymakers in government), who then act rationally upon the information given to them and enact policy accordingly. This has also been called the expert-led policy model, since it largely relies on authoritative technical and scientific knowledge rather than on a wider range of other perspectives from society at large.

The other model, which could be labeled “political and discursive,” is much more complex: Not only scientists, bureaucrats, and politicians have leverage in the policy-making process, but also the media, industrialists, trade unions, social movements, and many others. Competing representations of what is important and relevant constitute a range of competing “truths.”

Both models can be examined in terms of how well they correspond to the process by which policy is actually made and should be made. Interesting lessons can be drawn, using these models, when a significant “truth” upon which policy is based falls from favor— as in the case of a theory which helped to underwrite environmental policy in the Himalayan region for many years, and then was shown to be substantially incorrect. Each model also suggests different styles of policy-making and different policy outcomes. 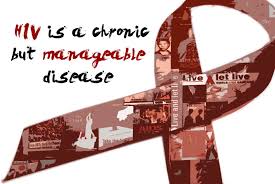 Human Immunodeficiency Virus (HIV) which causes the condition of Acquired Immunodeficiency Syndrome (AIDS) has been a global menace for quite some time now. The main challenge faced by the scientists in checking the spread and threats, posed by this disease, is that the virus could not be successfully checked from spreading itself. No course of medicine has been able to restrict and counteract the growth of the virus. That is why, there has been much global concern regarding the HIV/AIDS.

The life Cycle of HIV can be as short as about 1.5 days from viral entry into a cell, through replication, assembly, and release of additional viruses, to infection of other cells. HIV lacks proofreading enzymes to correct errors made when it converts its RNA into DNA via reverse transcription. Its short life-cycle and high error rate causes the virus to mutate very rapidly, resulting in a high genetic variability of HIV. As the virus mutates, many of the cells develop an ability to resist the human immune system and anti-viral drugs. This makes the development of the antivirus for HIV difficult. END_OF_DOCUMENT_TOKEN_TO_BE_REPLACED

RBI recently released the 9th edition of its Financial Stability Report (FSR), which is a bi-monthly publication, reflecting the collective assessment of an expert sub-committee on risks to financial stability. The publication of the report is a good practice, being followed all over the world.

The Government as well as RBI has also been discussing these issues at higher levels. For instance, the issue of Bank Governance has been dealt with extensively by the P. J. Nayak Committee. END_OF_DOCUMENT_TOKEN_TO_BE_REPLACED 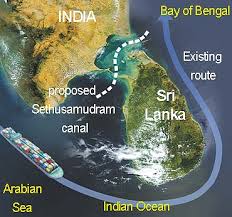