The Constitution provides for a Finance Commission under Article 280, in order to facilitate the mechanism of transfer of funds and resources between the Centre and states. The Finance Commission is to address the vertical imbalance- between Centre and states- as well as the horizontal imbalances- the one between the states with varying degree of fiscal capability but similar responsibilities.

An important issue, which has given birth to several debates, is the growing dominance of the centre at the cost of the autonomy of the states. END_OF_DOCUMENT_TOKEN_TO_BE_REPLACED

Financial Inclusion refers to the provision of financial services to the people of the lower strata of society. India has a large disparity in socio-economic growth. To bridge the existing disparity, the Reserve Bank of India (RBI) set up the Khan Committee to look over the issue of financial inclusion. The recommendations of the Khan committee were incorporated in the RBI policy 2005-06.

RBI has directed all the banks to facilitate opening of no frills saving bank account with zero or nominal balance to lower income customers. This was done to ensure the financial inclusion to a greater extent in India.

In 2013, India’s first Financial Inclusion Index, called- CRISIL INCLUSIX was launched. The index is a scale of 0-100 with branch, deposit and credit penetration as the parameters of the index. CRISIL Inclusix used data from 2 lakh data points and 165 banks. The index has been started with banking services presently and has the provisions for extension to other services.

END_OF_DOCUMENT_TOKEN_TO_BE_REPLACED

Priests Giampaolo Marta and Gianantonio Allegri and nun Gilberte Bussier, who had been kidnapped from their parish in Tcherein Cameroon’s Far North region on April 4, were released near the Nigerian border. Security forces escorted them to the military base in Maroua, from where they were flown on board a military aircraft to the capital, Yaounde.

Earlier, suspected Boko Haram militants have abducted more than 60 women and girls, some as young as three, in the latest kidnappings in northeast Nigeria and over two months since more than 200 schoolgirls were seized.

Analysts said the kidnapping, which happened during a raid on Kummabza village in the Damboa district of Borno state, could be an attempt by the Islamist group to refocus attention on its demands for the release of militant fighters.

Boko Haram has indicated that it would be willing to release the 219 schoolgirls that it has held hostage since April 14 in exchange for the freedom of its brothers in arms currently held in Nigerian jails. Nigeria initially refused to sanction any deal but efforts have since been made to open talks with the group, with a possible prisoner swap part of discussions. END_OF_DOCUMENT_TOKEN_TO_BE_REPLACED

Birth of a New State: Telangana

The fate of the 29th state of India- Telangana was sealed, when the President gave his assent to the Andhra Pradesh (Reorganization) Bill (click here to download the bill document). With this, another chapter has been added to the Indian polity.

With the announcement, Celebrations begun in Hyderabad and all across Telangana as the separate state is set to become a reality at the stroke of midnight.

Telangana would come into existence as the 29th state of India and Telangana Rashtra Samiti (TRS) president K Chandrasekhar Rao is scheduled to assume office as chief minister. TRS, Congress and other political parties as well as pro—Telangana groups have lined up a series of programmes to celebrate the formation of the new state.

The chief architect of the separate Telangana agitation, K. Chandrasekhar Rao, was sworn in Chief Minister of Telangana. Mr. Rao’s son K. Taraka Rama Rao and nephew T. Harish Rao, who took active part in the agitation, were among the 11 Cabinet Ministers sworn in at a simple ceremony, punctuated by slogans of ‘Jai Telangana’. Governor E.S.L. Narasimhan administered the oath of office.

What is the Issue: Background?

END_OF_DOCUMENT_TOKEN_TO_BE_REPLACED

Civil Services is considered as one of the most prestigious careers in India. However, the recruitment process for the civil services is a thorough one, that tests the candidates on different planes.

What makes the civil services examination difficult is the level of comprehensiveness and the spread of the syllabus. The diversity of the questions asked in the exam is so large that sometimes, it becomes practically impossible to clear the exam without a comprehensive knowledge base.

Thus, it becomes important to know about the nature of the civil services exam.

Broadly, the nature of the exam consists of three parts:

Each stage of the exam has a cut-throat competition, wherein a difference of one-mark can make a decisive impact.

The nature of each stage of exam is as follows: END_OF_DOCUMENT_TOKEN_TO_BE_REPLACED

Nature of Work and Salary of an IAS

An IAS officer has a very interesting job profile. He/she is responsible for the direct administration of the area he/she is placed in.

As per the government records, an IAS is responsible for maintenance of law and order, revenue administration and other aspects of the administration in the area under him.

Specifically, the functions of an IAS officer include: END_OF_DOCUMENT_TOKEN_TO_BE_REPLACED 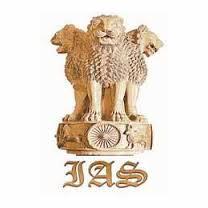 Being an IAS is a dream for many aspirants. No doubt that the Indian Administrative Services (IAS) give to the candidate, an opportunity to explore their caliber, while being in a seat of power and responsibility. An IAS is responsible for the administration of the field/department in which he/she is posted. The job profile includes a variety of responsibilities and tasks, which an IAS is expected to perform without any biased attitude.

The officers carry high respect and stature in the society coupled with the significant task of administering public offices, making the IAS, on of the most desirable jobs in India.

The successor to the British Raj-instituted Indian Civil Service, the IAS is referred to as the “steel frame” of the administration. END_OF_DOCUMENT_TOKEN_TO_BE_REPLACED