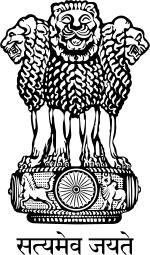 The Union Public Service Commission (UPSC) means a lot to the lakhs of aspirants in India, who compete before the commission to get themselves recruited in the Indian Civil Services. In order to maintain the impartiality and objectivity of the recruitment process, the Constitution of India provides for an Independent Commission, that is the UPSC, to recruit, conduct and manage the related affairs of the public services in India.

Thus, the UPSC has been constituted as an independent body to oversee the recruitment process of the civil services in India. In accordance with the provisions contained in Article 320 of the Constitution read with the provisions of Union Public Service Commission (Exemption from Consultation) Regulations 1958, Recruitment Rules of all Group ‘A’ and Group ‘B’ posts in various Ministries/Departments of Government of India are required to be framed in Consultation with the Commission.

The genesis of the UPSC goes back to the British-rule period, when the recruitment to the public services was done by the English government.

Indianisation of the superior Civil Services became one of the major demands of the political movement compelling the British Indian Government to consider setting up of a Public Service Commission for recruitment to its services in the territory.

The Royal Commission on the Superior Civil Services in India under the Chairmanship of Lord Lee, gave its Report in 1924, and recommended the setting up of the Public Service Commission.

Composition of the Commission

The Chairman and other members of the UPSC (Union Public Service Commission) are appointed by the President of India. At least half of the members of the Commission are Civil Servants (working or retired) with minimum ten years of experience either in Central or State service.

Every member holds office for a term of six years or until he attains the age of sixty-five years, whichever is earlier.

UPSC is amongst the few institutions which function with both autonomy and freedom along with the country’s higher judiciary and the Election Commission.

At Present, the members of the UPSC include: